Max Strom is a global teacher, speaker, author, and trainer, and is known for profoundly inspiring and impacting the lives of his students for nearly two decades. Many of you know him from his inspiring book, A Life Worth Breathing, which is now published in six languages, and his recent book, There is No APP for Happiness. In 2006, the increasing demand for his work caused him to take his method beyond his center in Los Angeles, and he now takes his message around the world to people of many faiths and nationalities every year.  As a result, Max Strom has become a new voice of personal transformation. Max’s method, Inner Axis, is a system of field-tested skills and techniques that get immediate results. It includes a philosophy for real world living, breath-work, yoga movement, and meditation.

Among his recent speaking appearances were two TEDx events, and a keynote speech on ethics in business at a Fortune 500 Corporation, and a talk at The Singularity University. His articles and/or interviews have appeared in The Huffington Post, The New York Times, Utne Reader, Whole Living, Happinez (NL), Yoga Aktuell (DE), Yoga Journal (DE), Yoga Journal (USA), Yoga Journal (China), That's Beijing, The Yoga Magazine (CH), YogaLife (UAE), and other printed, online media, and radio and television around the globe.

Max has been the keynote speaker at the Inner Idea Conference, as well as many yoga conferences. As well as his own events, Max has co-led trainings, retreats, and workshops with the late Georg Feuerstein, yoga scholar and historian, and Pir Zia Inayat Khan, the head of the Sufi Order International, as well as yoga teachers Sarah Powers, Tias Little, and many more. Max forged and was director of the original, Sacred Movement Center for Yoga and Healing in Los Angeles, one of the most influential yoga centers in America.

You can see more of Max Strom's work on his DVDs, Learn to Breathe, to heal yourself and your relationships, and Max Strom Yoga – Strength, Grace, Healing. Max is recognized by Yoga Alliance at their Advanced Teacher Level (ERYT 500), he has been leading teacher trainings since 1999. 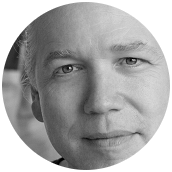